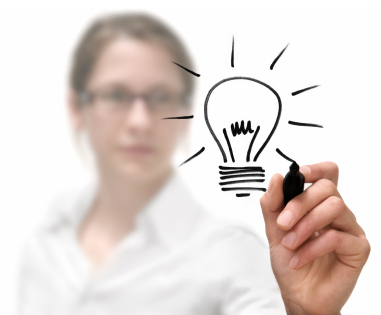 The History Of Octane Levels And Lead In The U.S.

Octane levels refer to the measurement of the performance of fuels within an engine. The U.S. Environmental Protection Agency (EPA) has made many regulations regarding octane to help reduce emissions that come from vehicles across the United States. Octane additives have been created to do this, including lead, benzene, toluene, and many more. Today, BTEX complex and ethanol are the two additives that are currently used. The following details the history of octane and leaded fuel in the U.S.

The three types of gasoline seen at gas stations are regular, midgrade, and premium. The octane levels in these choices are different. Regular gasoline typically has an 87 rating, mid-grade an 89, and premium 91-93. Since the octane level measures the fuel’s ability to avoid knocking in the engine, premium is the best.

During the early 20th century, vehicle manufacturers wanted to find a way to reduce engine knocking. In 1921, engineers at General Motors found that tetraethyl lead, or simply lead, could be used as an octane additive in fuel to reduce knocking.

It was known that ethanol and benzene worked the same way, but at the time, leaded fuel was cheaper to produce. Leaded gasoline was the predominant form of fuel for road vehicles until the 1970s when the EPA began phasing it out because of health issues.

Although the EPA began regulating and stopping the use of lead in gasoline in the 1970s, it was known since early in its use to be hazardous. In one case, 15 refinery workers in Ohio and New Jersey died from suspected lead poisoning. After this, the Attorney General suspended the use of lead in gas and held a panel to review the issue. Although they found that there was no direct evidence that working with lead as an additive caused health issues, they warned that long term exposure could cause chronic, degenerative disease.

In the 1960s, after healthcare and research technologies improved, it was found that low-level lead exposure could cause serious health issues. Ambient exposure, especially in children, can cause anemia, reading and learning disabilities, low IQ, nerve damage, and behavioral disorders. For adults, the main health issues are hypertension and cardiovascular disease.

Phasing out lead use

In 1970, Congress enacted the Clean Air Act, which helped create the EPA and stop the use of leaded gasoline. The EPA found that between the years of 1927 and 1987, 68 million children were exposed to lead at harmful levels from leaded gasoline. Between 1970 and 1987, that number was reduced by 2 million every year after the phase-out. Here is a timeline of the leaded gasoline phase-out in the United States.

Do you need high-quality bulk fuel?

If you would like to learn more about fuels or get high-quality wholesale fuel Products and Services, contact Kendrick Oil Company today. You can reach us at (800) 299-3991 or Send Us an Email for more information. We proudly service clients throughout Texas, New Mexico, Oklahoma, Kansas, Colorado, and Louisiana.