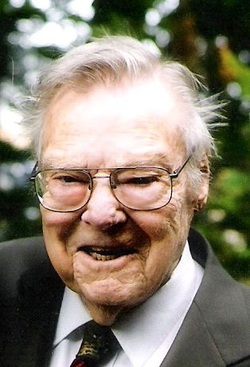 Below is his obituary from the Lubbock Avalanche-Journal:

PudgeH.K. (Pudge) Kendrick, 91, of Friona, died April 18, 2009 in Friona. Services have been scheduled for 2 p.m. Monday, April 20, 2009 at the Friona United Methodist Church with Rev. Ron Colwell, Pastor, and Leon Talley, minister of the 6th St. Church of Christ officiating. Burial with military honors will follow in the Friona Cemetery by Blackwell Funeral Home of Friona.

Pudge was born April 11, 1918 in Wood County, Texas, to Hazel Touchton and Horace Chilton Kendrick. He attended Amarillo High School and Amarillo College. After graduation from college, Pudge began working for Phillips, where he claimed his “main job was playing basketball and baseball.” In 1941, Pudge chose to serve his country and his family by joining the Army Signal Corps were he stayed for five years, eventually becoming a Master Sergeant during World War II. He married the love of his life, Deke, on October 24, 1947 in Amarillo. In 1951, Pudge and Deke assumed ownership of the Phillips Petroleum Jobbership in Friona. Pudge and Deke welcomed Daniel Michael Kendrick into the world that year, followed by Sally Denise in 1953. He was an avid golfer and held the title of Friona Club Champion. With time, his family and business would grow through his love, strength, and determination. He had just celebrated his 91st birthday with his family, just seven days prior to his death.

He was preceded in death by his parents and one son, James Rex Kendrick.

Pudge was our friend, our family, and our hero, and nothing gives us greater pleasure than to carry on his legacy.

How can we help you?